I have some beautiful and amazing friends. I’m lucky to say that I have quality rather than quantity. And this next lass is total quality.

I met Sharna when we were in yr 7. Way back in maybe 1993. She was from a lesser know but more beautiful part of The Valley called Berami creek. She was a stunner, and athlete, a horse rider and a musician. She was a little weird, a lot of funny and I liked her instantly. Throughout high school we drifted to and from one another for no real reason than timing and interests. But she was always strong and smart and clever.

Since then we’ve shared many a story, often a laugh and thousands of tears. I never felt like I had to hide anything from her and that she would have my back.

Since, or maybe even before, meeting the love of her life she took a keen interest in mountain biking. And she’s bloody good at it, and committed to improve too. Her and hubby ride often and she’s competitive in an industry not made for women, she’s made her mark. She inspired me to go out and get another bike ( I rode everywhere as a kid through necessity). I’d fon a few rides from the beginning of the year and gotten my confidence. 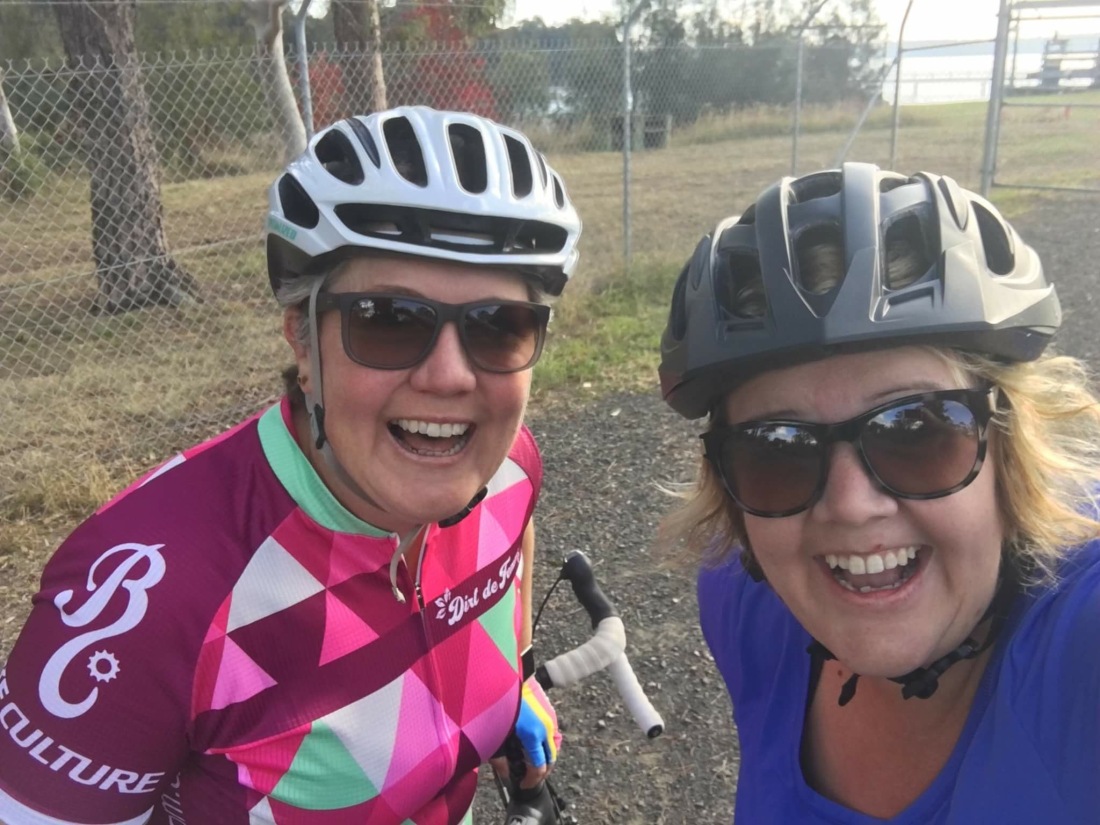 She decided to come to the big smoke (Sydney) mid May so we could go a riding weekend. It’d been a tough few months for me and having her around was just what i needed! On Saturday we rode the Guildford track back along through to Prospect Dam and then back through Fairfield , Yenora and into Guildford. The loop was probably 20kms or so and we were happy with the ride. It was good to be on the bike with her. She was strong and confident. Just as i expected.

We’d had such a great ride that Saturday, we decided to push the 35km heights out to Olympic Park and onto the Armoury Cafe on Parramatta River. I’d never ridden the whole way but was keen to give it a go with my pal by my side. 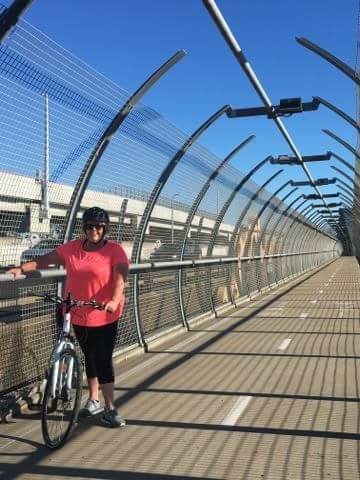 The track connects the bike track st Guildford and runs all the way, ducking and weaving the M4 from Granville to the quieter tracks and then down through Newingtion.

As we rode along the parramatta river, just at an intersection we came across a learn to ride group of women. Some had free shoes, the others had cleats. One of the some with fastened shoes turned across us and then couldn’t get her balance. To attempt to avoid running over her on the ground, I flipped my bike over my head , put my right hand down to break my fall.

I snapped my ulna, then dislocated the bones in my wrist and also sustained a crush injury. It was pretty nasty and did not feel good. 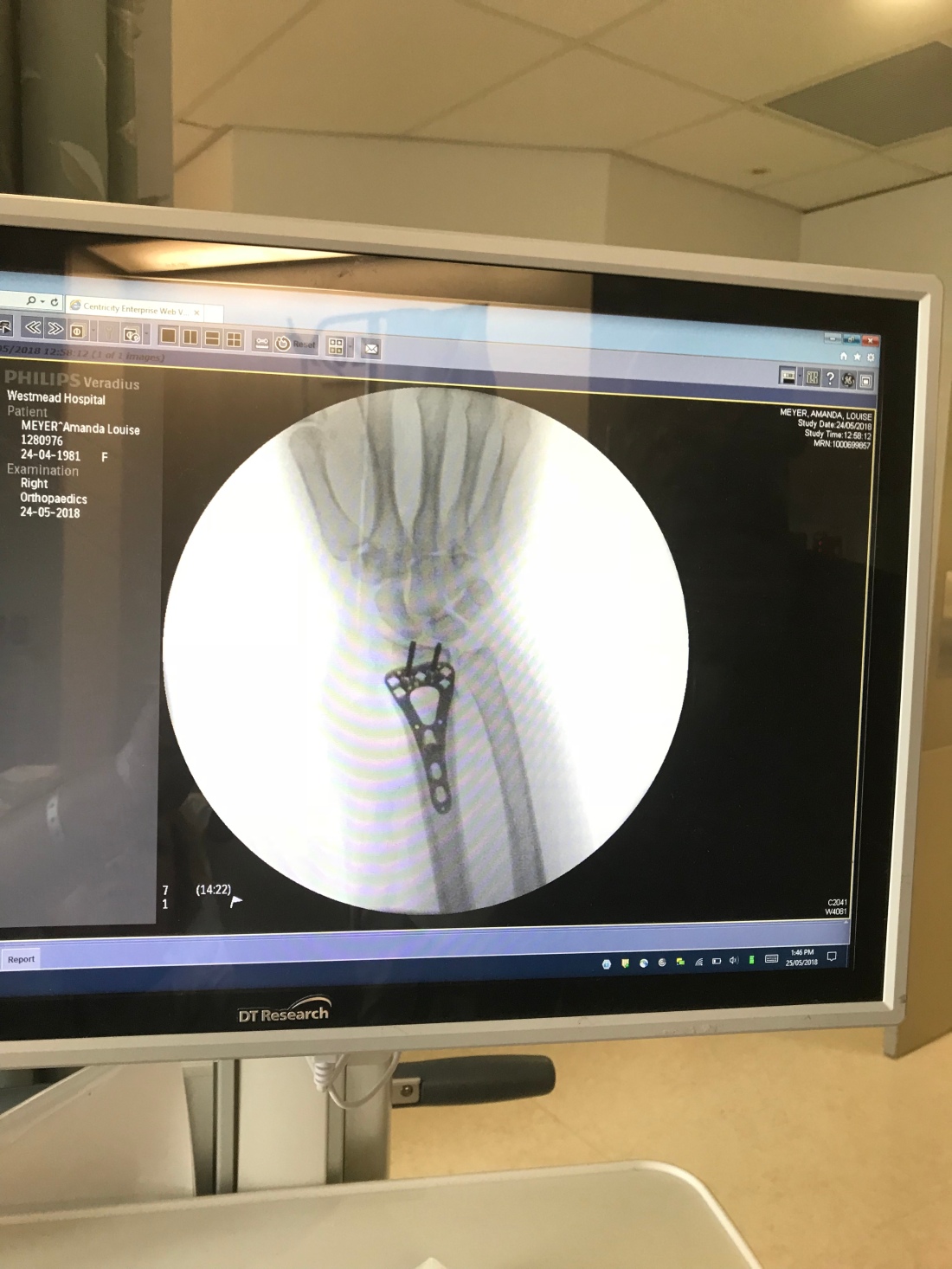 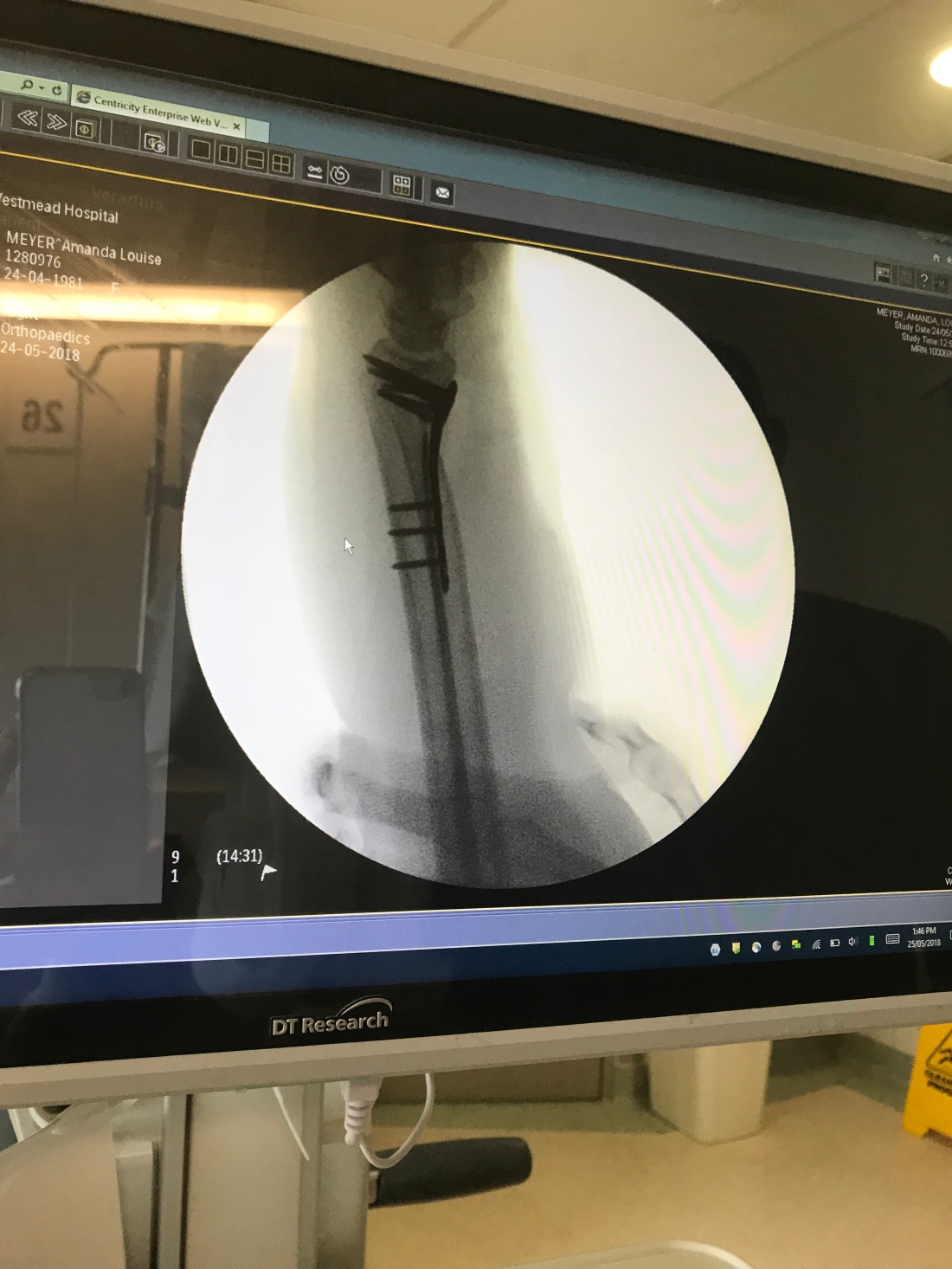 Sharna was amazing. We got the bikes to the hire place at the armoury, and then an Uber to my medical centre.

She kept going to home to collect the car, and then the bikes. I got my X-rays – the radiologist was a bit rough to start, but after the first snaps she was much more gentle.

The doctor indicated I needed to get to the hospital, so I failed an Uber again and found myself in emergency. Having already had the X-rays, they were happy to take me in straight away. I sat in emergency for 12 hours, Sharna by my side. At one stage they thought it a good idea to relocate the dislocation. It didn’t work. But I felt it.

I was admitted at 11pm and told surgery was the next day. 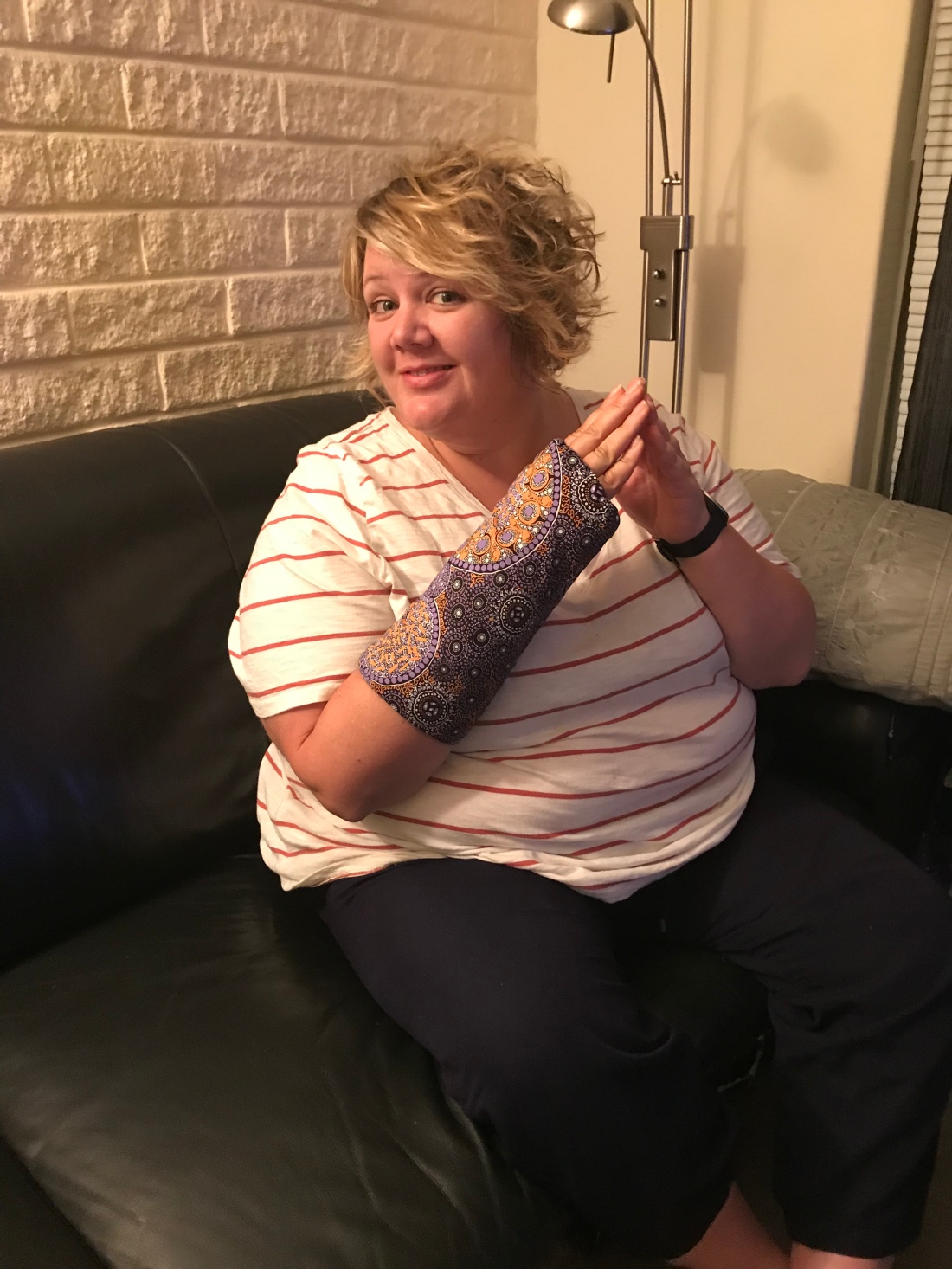 Turns out Surgery was on Thursday and I was discharged on the Saturday. I’m forever grateful for Sharna and my ex throughout that time. She was a cool head and a strong heart, and he took care of me and my cat and brought me dinner every night.

Recovery has been much better than expected. I earned myself a metal Plate and 9 neat screws that I get to keep for life. I’m in no hurry to do burpees, and push ups aren’t easy, but I’m back on the bike within 3 months, taking hold of the rower and swimming like a champion. 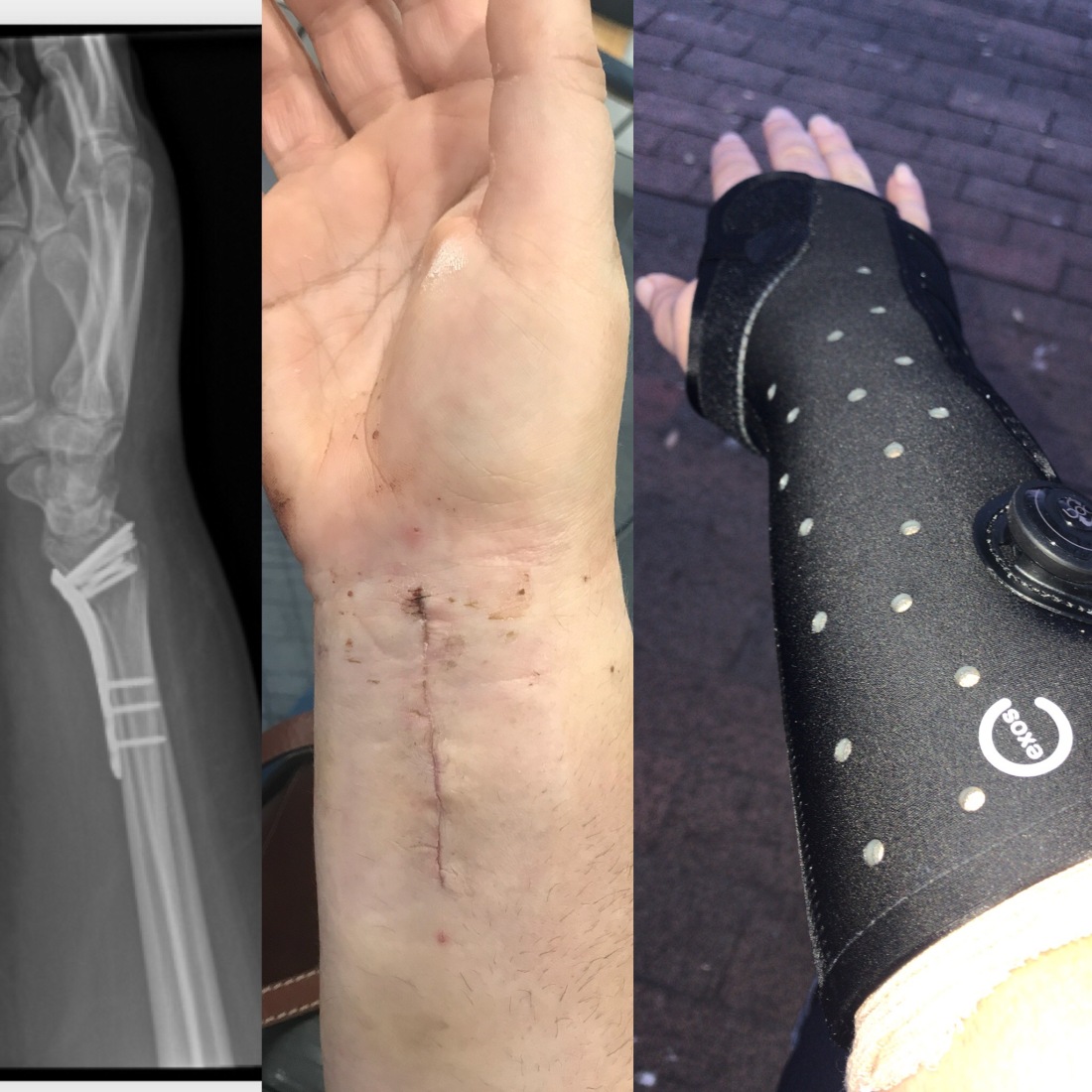 Its not an easy time. It was very difficult actually. And for a normally independent person, it was hard to have to rely on others. My family and friends have been amazing, and I am forever grateful for that.

I will never take my health for granted again. And nor my friends and family.

One thing I really love is comparing who I was, to who I am now. Standing in front of the mirror I can’t see the change. But looking at the difference between a year satisfys me that I’m doing a good job! 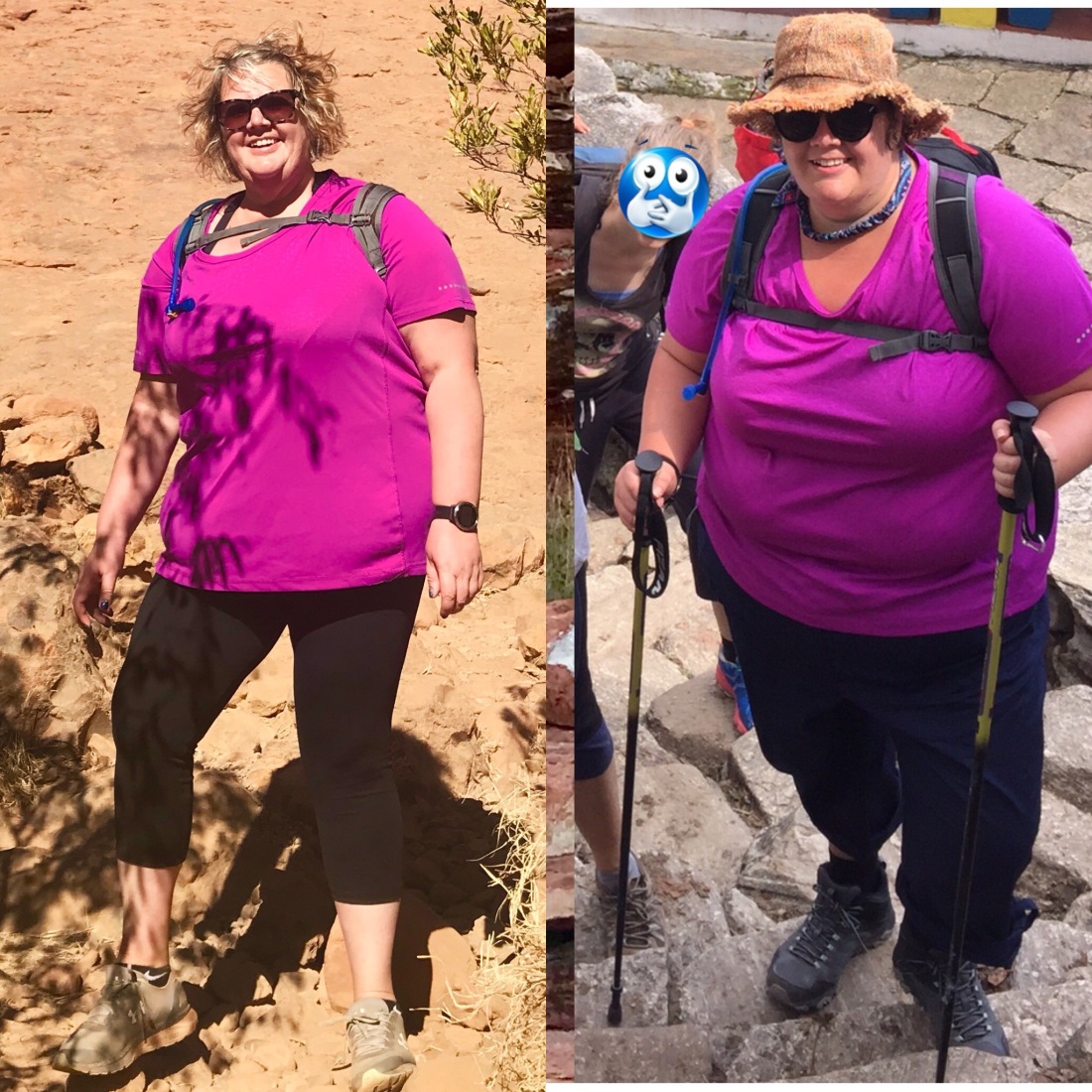 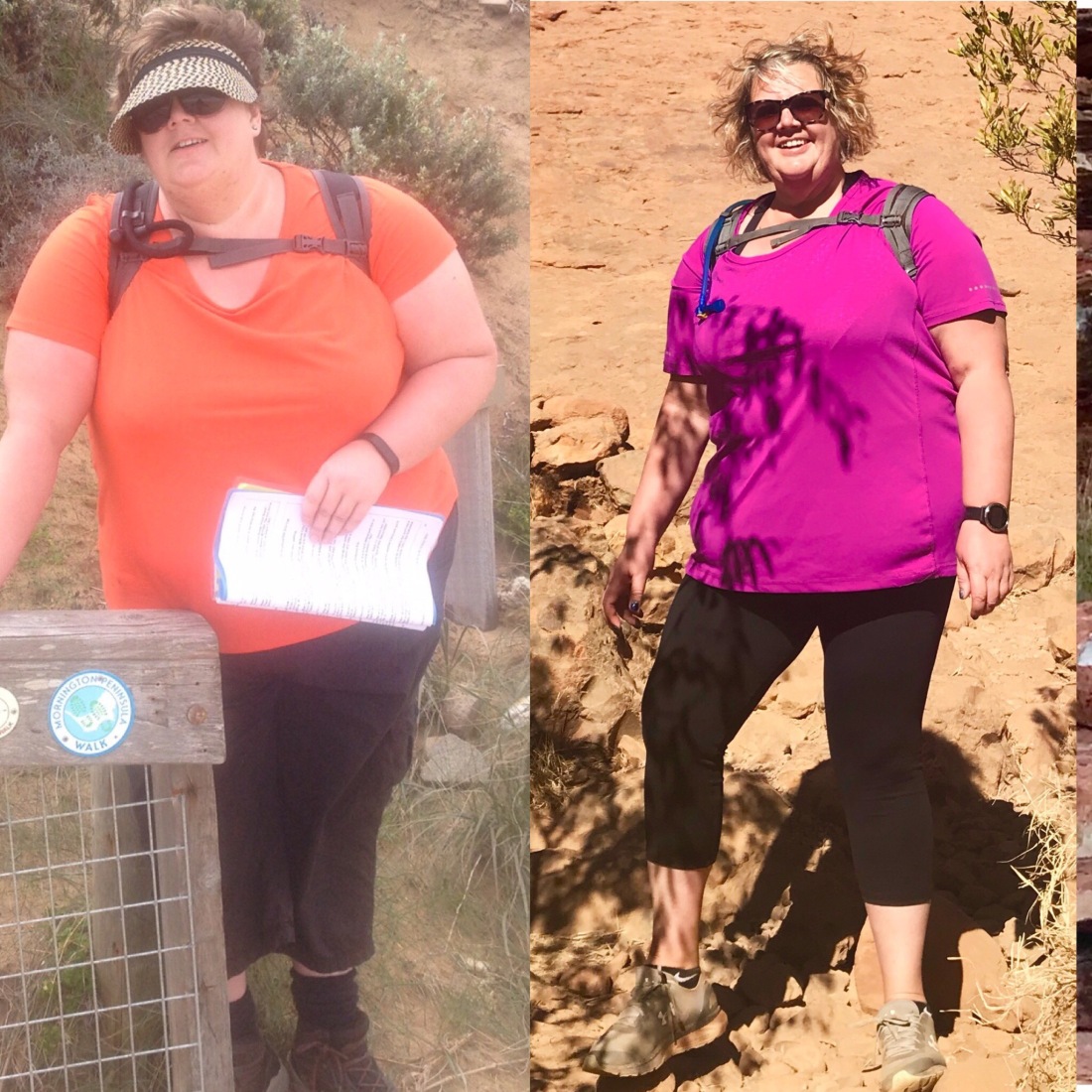 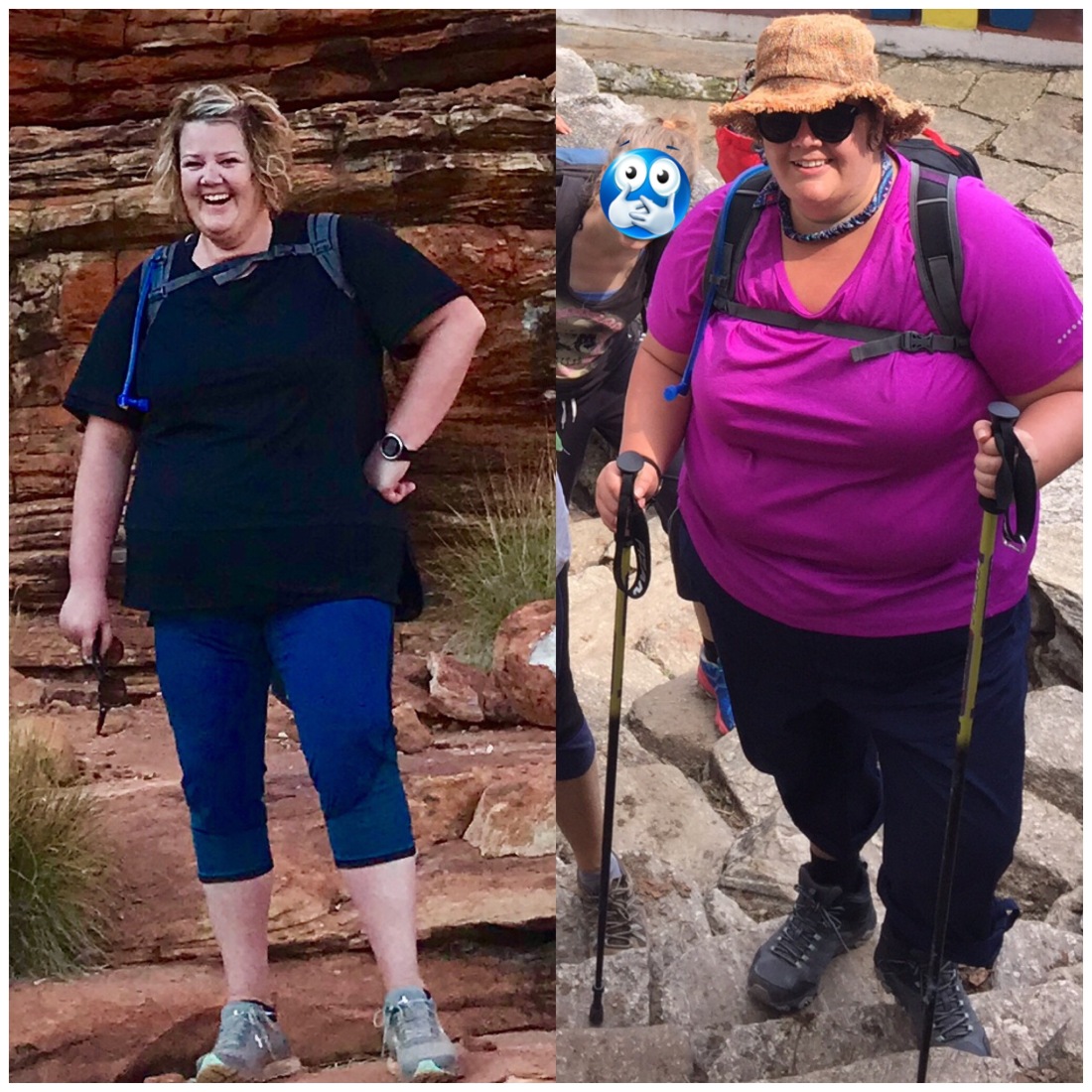 Although my partner … oops .. EX .. loves walking, and I do too, I’m much slower and a different type of  walker. I will get there. I will be better. For myself and for my health!

im new to this whole writing thing .. kind of. I’m also recently single, having lost the love of my life because I couldn’t keep up. He is an athlete, a strong fit and beautiful man who has a passion for fitness and the outdoors. I had the best two years of my life with him and I alway promised I would be better, until it became too late.

Now I know you’re all thinking- don’t change for someone, don’t let him change you, but reality is, I long to be able to do all those things with him that he does. I need to be fitter to do that.

So I’m done with holding him back. But more importantly im putting my health and fitness first. I intend to drop some kilos, to build lean muscle and to get to Machu Picchu before they close it down.

I want to do rock climbing in a gym and not worry if the harness will fit. I want to walk with strangers and not hold them back. I want to fill up my medal rack with participation medals, and I want to play in a sports team. And I want my fitness to be worthy of these things, not as a dream, but as a reality.

im a big girl, and I alway have been. I’m a lazy live aloner who like carbohydrates and mayonnaise.  I weigh so much more than I should, and I’m working my way through that- already 38kgs down. I have about 40kgs to go.

So that’s a little bit about this whole thing. I’ll keep you updated and share more from time to time, week to week. But I hope you get a little bit out of it, even just to know me better.

Im off to the pool, for a 2km swim. I’ll let you know how it goes sometime.

Thanks for joining me!